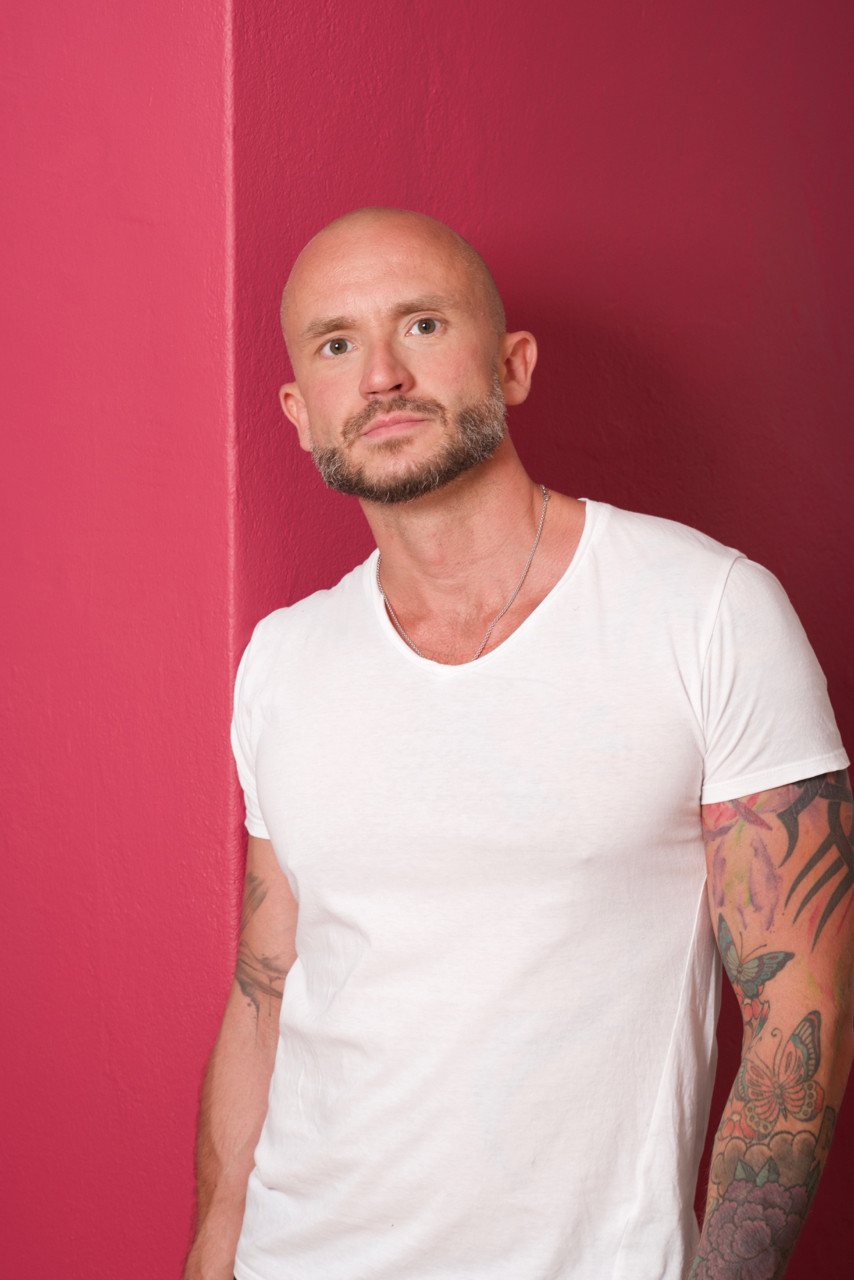 Appelt was born in 1981 in East Berlin, grew up as a reunification child in Berlin-Köpenick and passed his Abitur (university-entrance diploma) in Berlin in 2000. Subsequently he sucessfully completed vocational training at Mey und Endlich.
Following his training he studied fashion design at the University of Arts in Berlin and graduated in 2006.
His professional career began as designer and co-founder of the fetish label RubAddiction Berlin. Together with his partner at the time he opened the online store in 2008 after launching the brand in 2007.
Appelt succeeded at establishing the very young company as the second biggest latex label in Germany in record time and internationally made a name for himself as a creative director.

In 2011, together with the Berlin-based photographer Andreas Fux he photographed the photo collection of his life in a Berlin luxury hotel. The pictures are unpublished so far, but still opened Appelt international doors.
From 2012 on Appelt worked as a consultant at UNIVERSAL international and CondéNast. In 2017 he successfully took up this task again.
After a personal stroke of fate in the summer of 2016 he eventually separated from his partner and companion and founded his own labels S.A.R. & S.A.C in Berlin.
From January 2017 on Appelt worked on his career in New York and Los Angeles and now wants to take off with his art.
Through the vigour given by a longtime friend and companion Appelt finished production on his new collection in August 2017. In May 2017 Appelt got the chance to speak as guest lecturer in Pland, Switzerland, and in his hometown of Berlin at fashion colleges and universities. He walks the students through their first experiences and processing technologies with latex as a material.
In March 2018 he opens his first store in Berlin.
In autumn of 2018 his first art exhibition will open in Los Angeles, where he presents objects of art and pictures made from self-made latex as the first designer ever.

2009: For Chanal+ and arte Appelt provided French talkmaster Antoine de Caunes with an insight into the world of latex for one day. The show by director Peter Stuart showed Berlin from a different point of view – from fashion designer Wolfgang Joop to BAR25.
En berline à Berlin is just one episode from this series from Stuart, who used it to put de Caunes in scene.
He also produced films in the same manner about Los Angeles, Paris, London, Hong Kong, etc.

2010: Appelt has a long-standing friendship with the successful photographer and cameraman Philipp Baben der Erde.
Together both men created gorgeous pictures and brought extraordinary productions to Berlin.
Rodeoclub Berlin: Baben der Erde gave Appelt frei reign regarding the implementation of outfits for all protagonists and both created a display of the Last Supper the likes of which have never before been shown in Berlin. With this, Baben der Erde was represented in galleries all over Germany.

2011: Together with photographer Andreas Fux he produced his most personal and successful photo shoot. The pictures from this production remain unpublished, until both artists consider the right moment to have come.

2012: The photo shoot ‘Schwarz’ (‘black’) tied the friendship between Appelt and Fux so much that they have become very important for each other as friends, advisers and conveyors of ideas. As with the shoot before, this production also was more for the two of them than for the public.

2012: The former ballet dancer and photographer of the Staatsballett Berlin, Enroci Nawrath, approached Appelt with a great project in 2012. Tasked by the German Aids Support, Nawrath should artistically portray the dancers of the State Ballet within the theme ‘wir können auch anders’ (‘we can act different, too’). Appelt designed costumes and outfits made out of latex for the dancers and thus fulfilled himself a childhood dream. The shoot took place in the Berlin Club Berghain. Nawrath published a book about the State Ballet in 2013, where the works of Appelt can be seen. (ISBN: 978-3-00-040333-0)

2013: With the bleachers shoot Appelt made a breakthrough in the fetish scene. He produced latex himself, and that in different colours and patterns. His ‘Domestos jeans’ made out of latex are in demand worldwide and were used internationally in numerous photo and film productions. His mixture of fetish and fashion is unique, too, giving his pieces a signature look.

2016: After health-related dire straits Appelt picked himself up again and in October shot his last and smallest collection for RubAddiction – personally his most emotional shoot.

In November Appelt parted with the fashion label RubAddiction.

Viewed
This website uses cookies, which are necessary for the technical operation of the website and are always set. Other cookies, which increase the usability of this website, serve for direct advertising or simplify interaction with other websites and social networks, will only be used with your consent.
Decline Configure