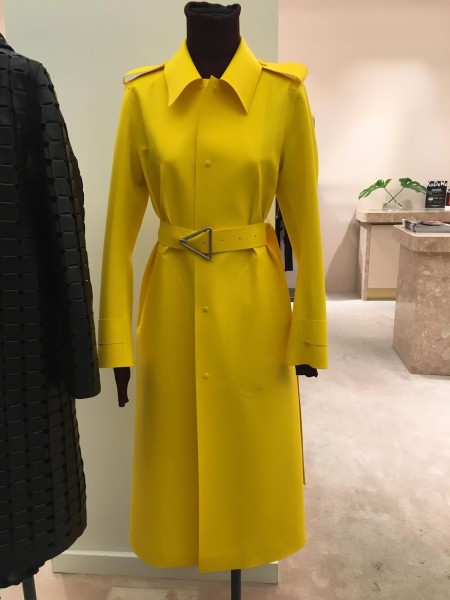 Whether it was Vivienne Westwood who renamed her store at 430 Kings Road "SEX" in 1974 and from then on sold her first latex creations, or Bottega Veneta in 2017, latex has played an important role in high fashion. "SEX" also marked the breakthrough for Westwood's store, as it was said to be the "creative" birthplace of the Sex Pistols' tour outfits.

However, opinions are also divided here. While one person thinks it's terrific and immediately splurges on a yellow trenchcoat for €3,000, another finds it somewhat questionable and fears that it dimishes the appeal of fetish.

Does latex really have a place in a department store, and at such excessively high prices?

I considered it carefully and honestly, I find it SUPER, because the times of hiding have come to an end. Everyone should live as they want, and in whatever they want.

And if you have too much money, why shouldn't you buy a coat for €3,000, which will be OUT again next season anyway ;)

Write a comment
This website uses cookies, which are necessary for the technical operation of the website and are always set. Other cookies, which increase the usability of this website, serve for direct advertising or simplify interaction with other websites and social networks, will only be used with your consent.
Decline Configure